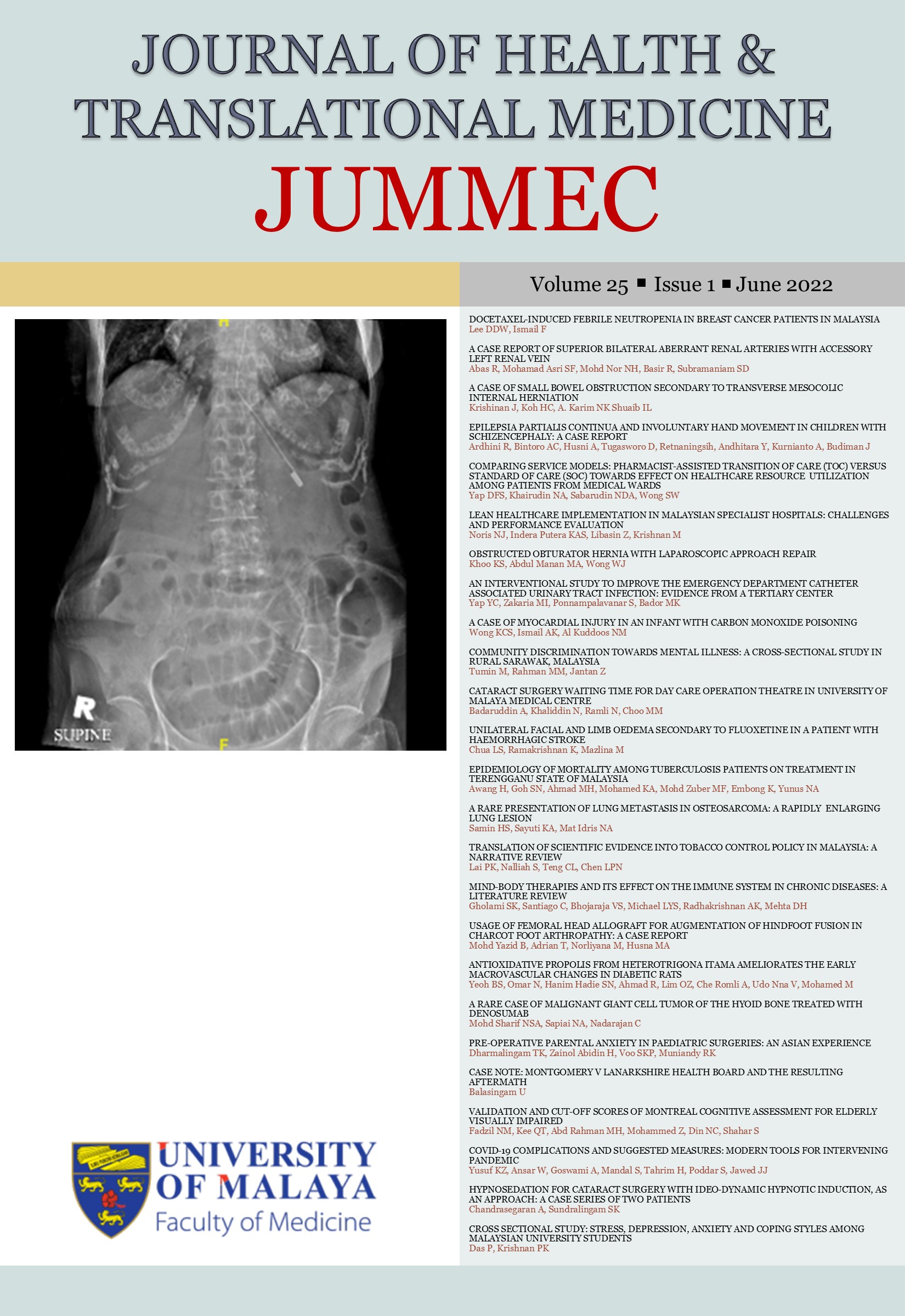 Background: Numerous approaches have been taken to reduce mental health issues in the population. However, mental health problems are still arising in the population, and one of the main factors is discrimination towards the mentally ill patient. This issue is inhibiting people from seeking help. This study aimed to assess community discrimination towards people with mental illness and factors affecting it.

Methods: A cross-sectional study was conducted with a total of 840 respondents (420 males and 420 females) from Sarawak, Malaysia aged 21 years and above. Samples were selected by gender-stratified multistage sampling. Collection of data was done using a pre-tested questionnaire to assess the discrimination towards mental illness via face-to-face interviews. A multiple linear regression analysis was conducted to determine the factors affecting community discrimination towards mental illness.

Conclusion: The findings suggested that community discrimination towards people with mental illness are still common in the rural population. Effective strategies to combat discrimination will need to be organised and implemented at the community level. Further research on this study in different settings is suggested to understand the associated factors better.