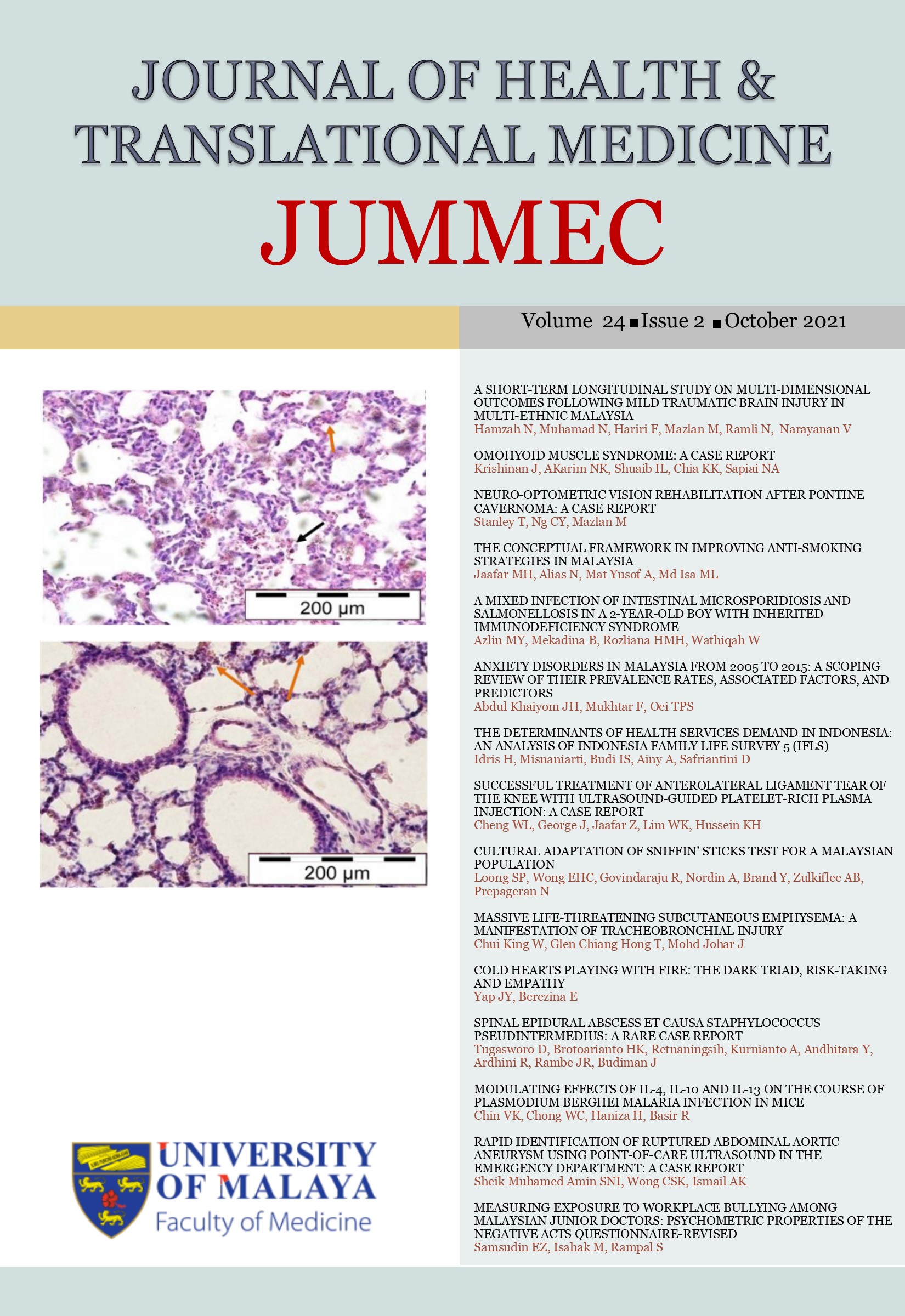 Introduction: Sniffin’ Stick test is a quantitative olfactory test first introduced in the 1990s and has since been used in several countries after cultural-based modifications.

Methods: The study was done in 3 phases. The first phase involved a questionnaire rating the familiarity of 70 odors based on a Likert scale. Sixteen items were then selected for the second phase where subjects were tested on the identification of the 16 odors. Odors recognized by less than 75% of the subjects or their distractors were replaced. These steps were repeated until all 16 odors were recognized by more than 75% of the subjects. In the final phase, the mean Odor Identification (OI) scores utilizing the newly selected 16 odors were collected among healthy individuals.

Results: A total of 417 subjects participated in the study. In the first-phase, 5 odors from the original Sniffin’ Stick Test which were unfamiliar were replaced for the phase 2 of the study. In the second-phase, modifications were performed 3 times requiring change of 41 distractors and an additional odor. Finally, using the modified Sniffin Stick test version-4, preliminary results of the mean odor identification scoring for the age groups 16-35,36-55 and more than 55 years of age were obtained which showed age-related variations.

Conclusion: Our study revealed cultural modifications to the original Sniffin’ Stick Test are required to validate its use in a Malaysian population.